In Boiler, the Draft Plays an Important role. If the Draft of the Boiler Furnace is not Control Properly there are the Chances of Back firing and also the heat can be realised from chimney without its proper use gage these will reduce a boiler efficiency. 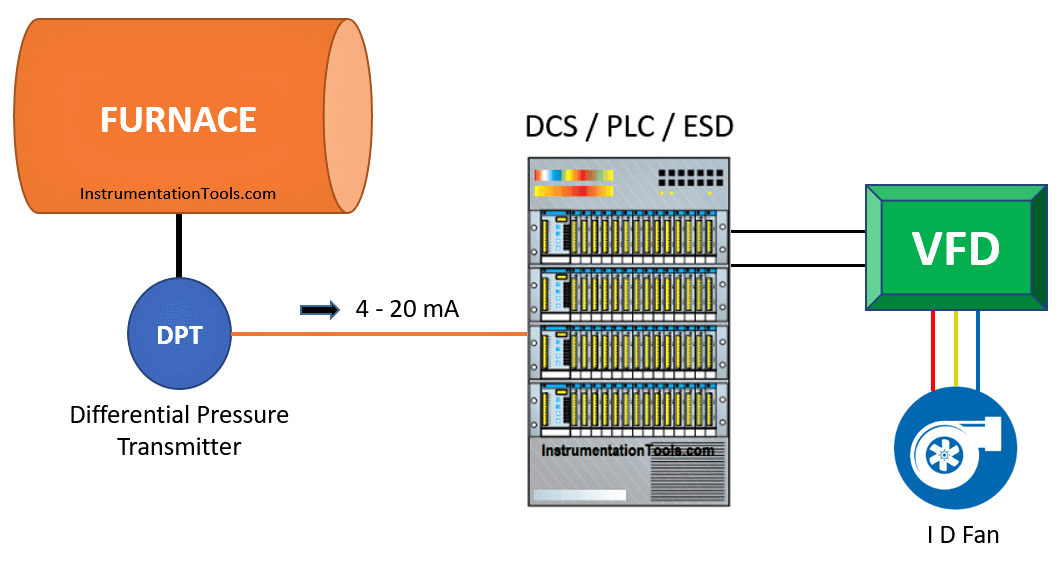 Consider the DP transmitter LRV and URV as follows.

Then the Transmitter will Scale itself for 4-20 mA such that if we will receive 4 mA it will show +50 process Value and 20 mA shows -50 process value.

So let’s start for the implementation of Program in DCS using function block diagram (FBD).

This DCS program is to Maintain Draft of the Boiler Furnace, along with program explanation and run time test cases. Fig. No. (a) Input assigning Fig No. 1.0 PID Block with Library 1 thought on “DCS Program to Maintain Draft in Furnace”