Faults within a DC circuit will cause various effects, depending upon the nature of the fault. An understanding of the effects of these faults is necessary to fully understand DC circuit operation.

When a parallel circuit becomes short circuited, the same effect occurs as in a series circuit: there is a sudden and very large increase in circuit current (Figure 57). 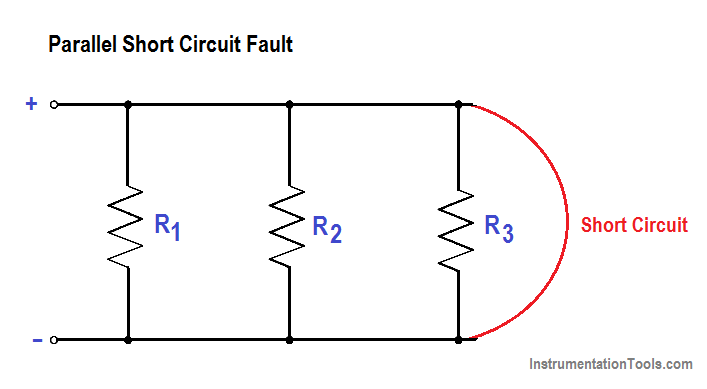