Interlocking is primarily a safety measure, though, the process interlocks used to control the loops or sequence. 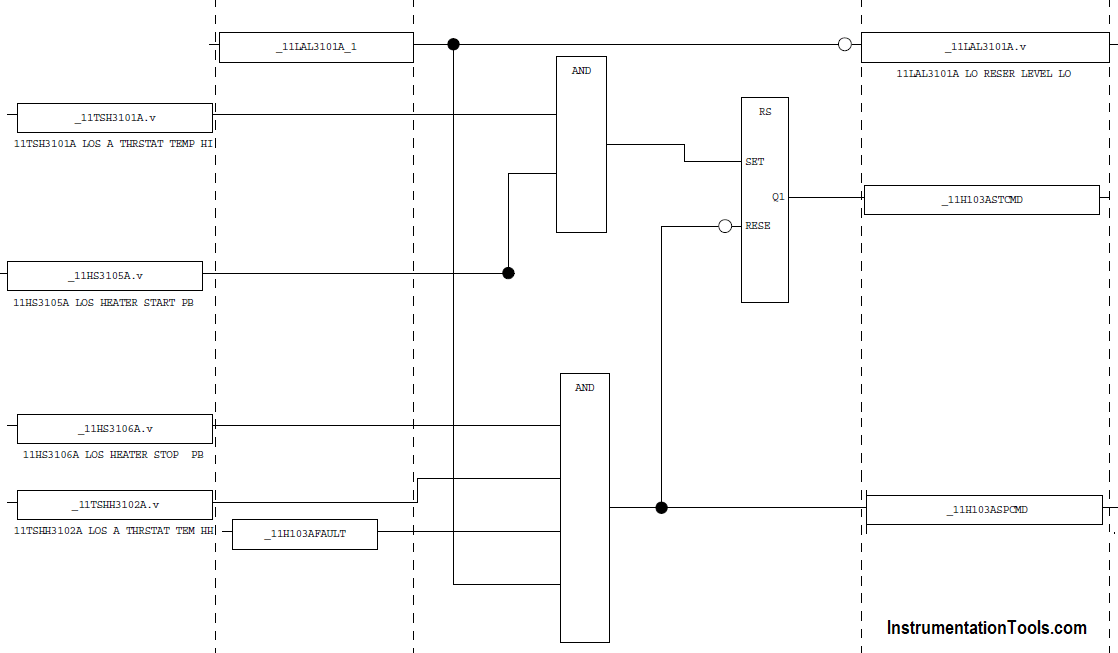 Interlocking is a method used to maintain safe operating state of machinery. Interlocks (except process) put the ‘target device’ (the equipment which the interlock acts on e.g Valve or Pump) into a “default” position to help ensure process is in a safe state. All interlocks report to the control system.

The types of interlocks in the System are described below.

Each hardwired interlock is associated with a Priority 1 alarm.

An interlock used specifically for safety reasons. Control program operates the interlock with control logic in response to a signal input. The interlock may only be changed or bypassed by changing the control logic.

Each Safety interlock is associated with a Priority 2 alarm.

An interlock used to automate the control of a process or a device. The control program operates the interlock in response to a signal input. The interlock is always active during Run mode.

The interlock is only in a position other than its safe or default position if and only if certain conditions are true. In all other instances, including poor signal quality, the interlock assumes “default” position.

What is an FACP? (Fire Alarm Control Panel)

How to Do Loop Checks During Plant Pre-Commissioning

X
DCS Program to Maintain Draft in FurnaceControl SystemsIn Boiler, the Draft Plays an Important role. If the Draft of the Boiler Furnace is not Control Properly there are the Chances of Back firing and also…
Control Systems