How does a Redundant Controller comes in line when the Main Controller fails in the distributed control system (DCS)?

The Processor Card performs calculations and control computation. In case of Field Control Station (FCS) (simply we can assume as a System Cabinet with Processor cards & other IO cards) with duplexed configuration, there are two processor cards. One of the cards is in control status (main) and the other is in the standby status.

In case of FCS with duplexed configuration, both the processor cards perform control computation.

From the below figure, we have Left Processor Card and Right Processor Card. Again each processor card has two inbuilt processors or CPU, which perform the same control computation (optional feature, some cards may have only one, depends on manufacturer).

By Default, One Processor Card (say Right CPU) will be main and Other (Left) card is in Standby mode during Start-up.

All Inputs & outputs will be shared among the Two Processor Cards (Left & Right). The same program will be downloaded into both Cards (left & Right).

If the error occurs in the active (main) processor card, then switchover to standby card occurs without any interruption to live monitor/control of the plant. 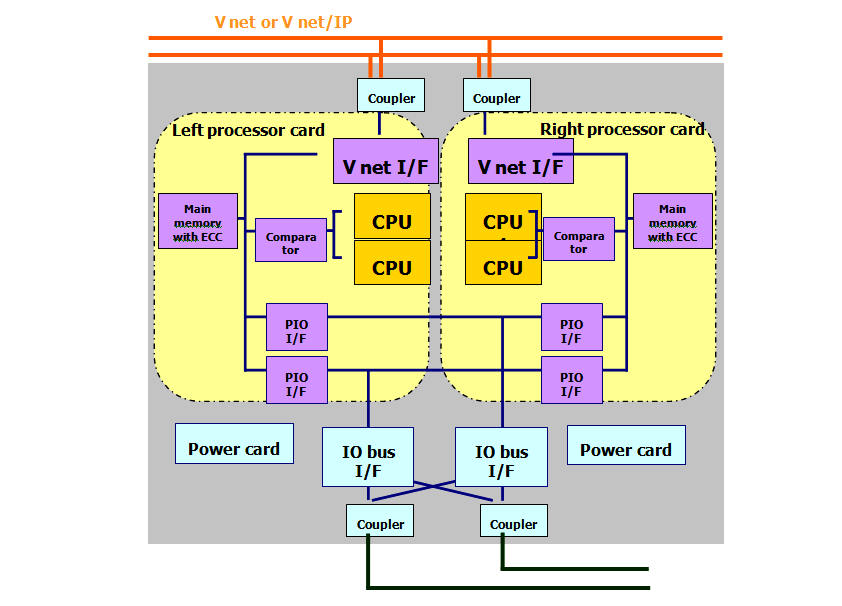 1 thought on “How does a Redundant Controller comes in line when the Main Controller fails?”