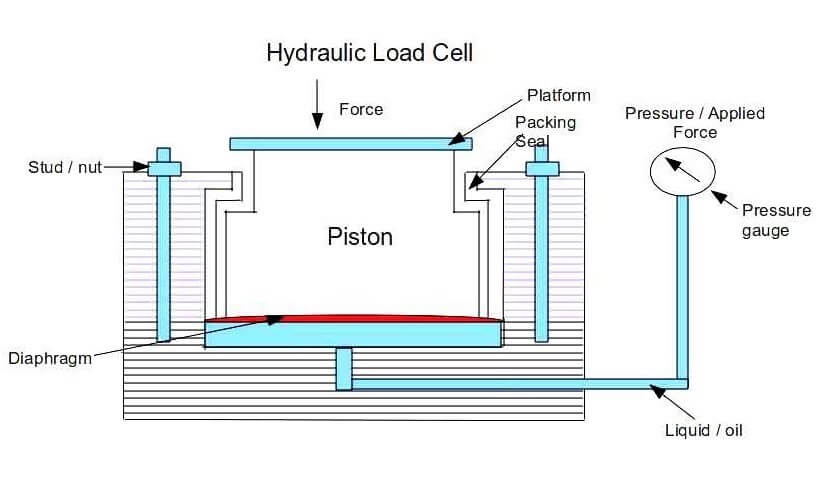 The main parts of a hydraulic load cell are as follows

What is Magnetic Tape Recorder ?

In which industry or application, this hydraulic load cell is used? How force is converted in kilo gram?

To Mr. Pradeep, the famous application is with the deadweight pressure gauge tester. This tool is must to be available in all instrumentation workshops, it comes with certified reference gauges or deadweights for the calibration of installed pressure gauges in the field. A link as example:<>/